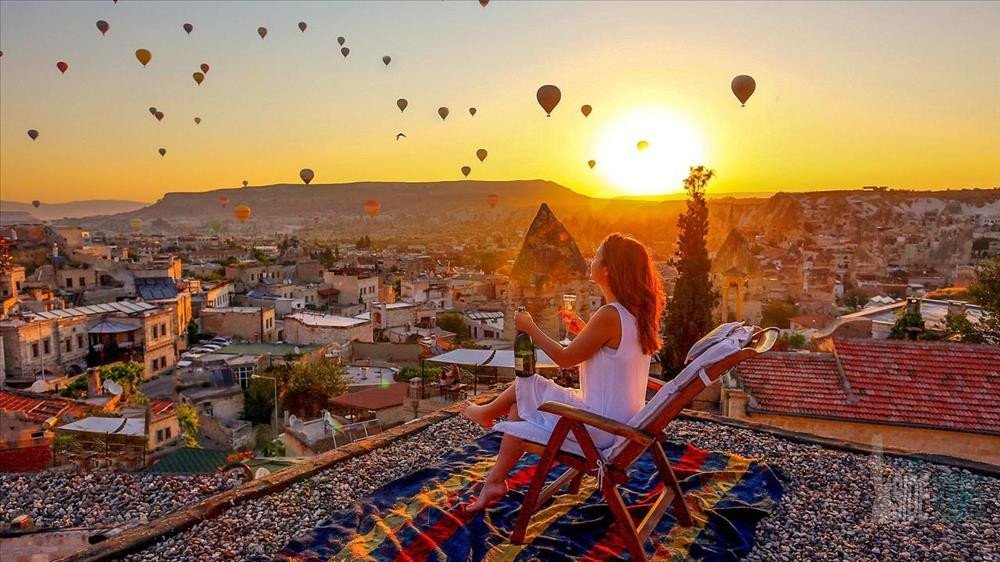 A famous place in Cappadocia is the village of Goreme. There are many upscale hotels, so most tourists choose this region. In the evening, Goreme enlivens its streets with pleasant light from local cafes and inspiring crowds.
The valley is famous for its rock chapels and mountain monasteries. Most of them have the greatest Byzantine frescoes with scenes of the Old and New Testaments. These sites are in the domain of UNESCO.
In Goreme, the frescoes have been preserved since the iconoclastic period. One of the famous is the church of St. Barbara. All drawings have their own interpretation, for example, the depicted locust - personifies in many versions the evil that is fixed between the crosses, that is, it means that evil in captivity and will not threaten.
This church is still known for the fact that Varvara was a martyr and lived under the strict control of her father, who ruined her life with his cruelty. He was categorically against Christianity, but his daughter did not listen to him and continued to pray, for which he rewarded her with imprisonment. And then he killed himself. These frescoes tell their visitors that you need to accept the story as it is. However, they teach us a lot.